Being true to yourself is a common theme of self help. The advice is generally that being your authentic self will ultimately not be penalised, and that by letting go of hiding your anxieties, you will become more confident and relaxed.

Self-help as a genre is divisive. People either lap it up, or view it with disdain. It’s either pathetic common-sense drivel that profits off people’s existential insecurities,  or it’s interesting insightful content that can broaden your perspective on life and help you to develop healthy coping mechanisms.

As an anxious person, I used to read an awful lot of what can be described as self help books and online articles. They gave me the information that I needed to know what a healthier life might look like, including the constant advice to “be yourself!”.

Tumblr also played a part in this. For all it’s earnestness and insistence that teenagers online can save the world, there was a lot of positive awareness raising about mental health, as well as honest commiseration about struggling. 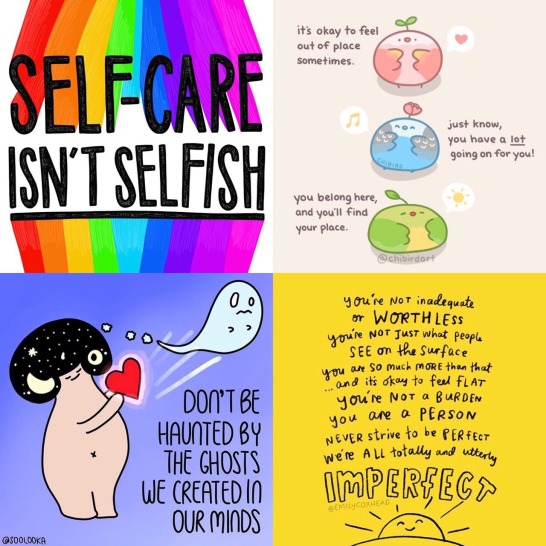 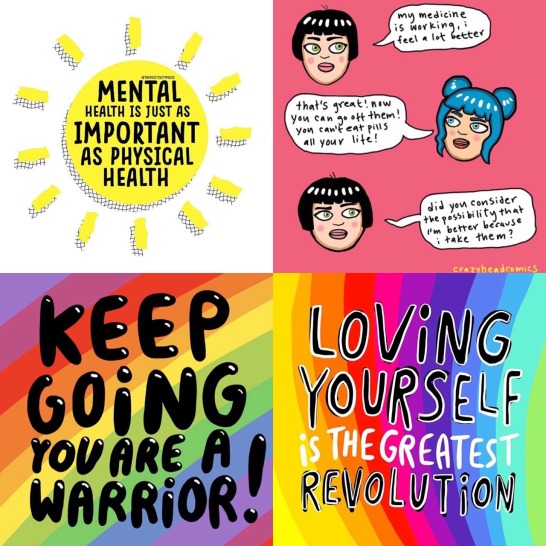 However being yourself isn’t always simple, and the reason why self-help proliferates so much is that one size does not fit all. We are all individuals. Not everyone’s experience will be the same, and not every book or article resonates in the same way for everyone. Humans are extremely complicated and diverse in their problems, even if a lot of the solutions are very similar and basic.

Sometimes being yourself is uncomfortable for yourself and others around you. You might have been raised in a dangerous or unhealthy environment. Sometimes you will be at odds with what other people think, or see stuff that they don’t. Sometimes you have an undiagnosed disability in social interactions that makes it harder to interact than it should be, and people are not sensitive to this. 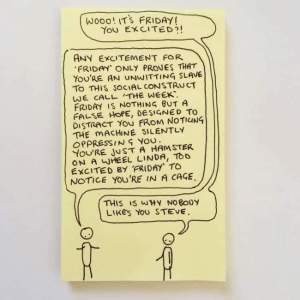 It doesn’t mean that you as an entity are “wrong”, but it also doesn’t mean life gets any easier when you stop covering up.

It becomes different, because now your potential “opponent” is not abstract, but in front of you in open air, and you can decide how to handle that.

Last year, I started a new,  more personal blog aimed at exploring that feeling, called Broken Drum. However, I’m going to close that now, because after only a few posts there and many months of personal progress, I no longer want to separate that doubt from my main blog.

Being uncomfortable and not fitting in is part of the diverse human condition, and something that can be made easier if we choose.

We can be more tolerant and accepting of (unintentional, non-malicious) differing viewpoints and abilities in our communities, if we chose to be, and start with ourselves.

The “world” has been telling us no, but it doesn’t mean we’re in the wrong. We are all part of the world, and we can be right just by existing, even when it feels like that’s not possible. Societal systems aren’t necessarily built around individual welfare, but we can go against that to build our lives around our own welfare.

Self love is a constant evolution, and sometimes choosing kindness for yourself over the world’s challenges requires a personal revolution.