Trigger warning: discussion of disability-hate, autism discrimination, and violence by and against disabled people. Longer read than my normal posts.

This week, autism’s in the news. Unfortunately, it’s attached to a violent young white man with murderous intent.

Whilst the child victim faces agonising and slow recovery, from an attack intended to kill him, Jonty Bravery aka the Tate Pusher has partially “achieved” what he aimed for.

As reported in the Guardian, he claimed he wanted to highlight his frustration over the treatment of his mental health problems.

Growing Into A Hazard

In Bravery’s 18 years, there’s been a long history of problems. The Daily Mail reports a childhood blighted by overwhelming mental health needs, explaining how his high-flying and well-intentioned parents campaigned, divorced, and eventually put Jonty into care under the pressure of his uncontrollable outbursts and violence. 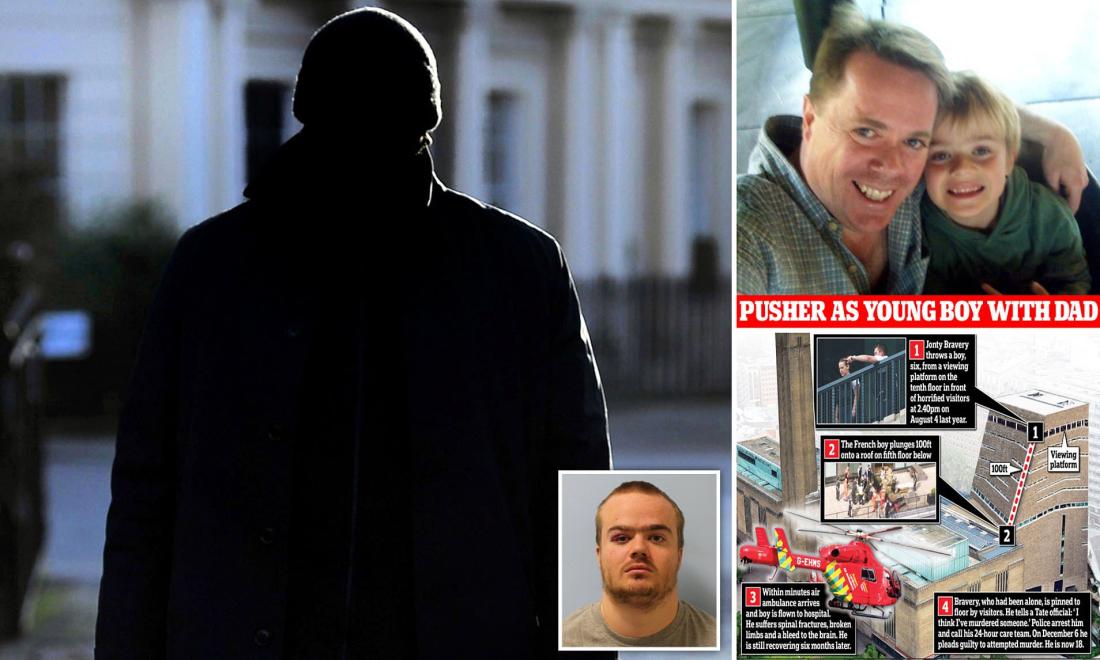 There are parents who will hear his story with fear and recognition. Parents of autistic and mentally ill children can be horrified by their own children, who they don’t understand. As seen in “The Monster Inside My Son”  by parent Ann Bauer in Salon after a similar murder case in 2009, the violence seems random, the “behaviours” self-injurious, and the child is eclipsed by the difficulty and fear surrounding them.

In the autism community, we’re well aware that disabled people are more often the victims of violence than perpetrators. Whether it is structural violence, casual discrimination, or murders driven by disability-hate, there’s a far greater risk towards autistic people than from them.

A Hazard Needing to Be Contained, or A Monster That Was Created?

For example, past carer Olly vividly describes an adversarial relationship with Jonty, describing how Jonty had “four key aims”:

In the context of a story about a monstrous man with violent desires, these aims sound animalistic, primal, threatening. But in the context of a teenager, it’s not surprising. What teenager wouldn’t want the internet, to meet people they are attracted to, to see their parents, and the outside world?

How Care-Security Is A Form of Violence

The difference is the violence.  Having worked in a secure mental health hospital, being called a “carer” or “support worker” is often a misnomer. The care for someone like Jonty, who is dangerous, powerful, clever and motivated, looks a lot more like constant security. Jonty wouldn’t have been wrong to perceive his carers as a limiting factor to his freedom; because they were. In an age of risk assessments and “Positive Behavioural Plans”, carers for challenging individuals like Jonty are asked to watch for danger signs, to try to keep him out of trouble, to contain his risk to others.

This isn’t an inescapable fate. Violent people, especially violent men, don’t come from nowhere. People can become violent for many reasons, and pinning the blame on their disability or poor choices is inefficient. You can’t change a neurotype, and choices are not made in a vacuum. We can’t understand the choices of someone who’s life we don’t lead. Most of us are lucky enough to be loved and understood, if not by everyone, then at least by some people around us, like friends or family.

Creation of An Emotional Monster

When we are feared and misunderstood it affects how our brains develop, making us prone to violence. Being feared is isolating, shaming, and intensely painful. It stops your frontal lobe developing in the way it should; leaving you emotionally stunted and unable to self-regulate. You aren’t able to stay calm or make rational decisions, you’re left with the reasoning power of a toddler; because your brain didn’t get the chance to develop adult thinking skills.

Violence is not a disability, and brain-development issues do not excuse it. However if we can better understand how constant shame shapes a developing brain, we can unravel how that affects marginalised and non-verbal people in a negative and often-overlooked way.

In care, when someone begins to get violent or threatening, it’s often called “challenging behaviour”.  This euphemistic phrase is especially used in disability services and with non-verbal people, and is defined as:

“culturally abnormal behaviour(s) of such intensity, frequency or duration that the physical safety of the person or others is placed in serious jeopardy, or behaviour which is likely to seriously limit or deny access to the use of ordinary community facilities””.

When it’s used in care, it’s a label you don’t want to be attached to. It will be the reason why Jonty’s carers were reportedly told “not to say no to him”, in an effort to limit and control his violent reactions.

But interestingly, challenging behaviour is not only defined by risk, but by the ability to use ordinary community facilities. By this definition, someone who upsets others be being unusually loud, or rough, or not wearing appropriate clothes, would be “challenging” because an ordinary facility wouldn’t generally be accepting of it. It’s socially-constructed disability. The barriers that someone faces as a disabled person are transformed by “challenging behaviour” into a character flaw, their own responsibility, when it is obviously outside of their control.

How Society Damages People who Are Different

Jonty had to be contained from the normal things that people like about life not only because he was “dangerous” to them, but because they were dangerous to him. An ordinary shop for example would risk causing him dangerous emotional outbursts by policing any unusual actions, because his emotional regulation wasn’t fully developed yet. But this is because he lacks social connections, because he’s emotionally dysregulated, because he’s been in care, because his schools couldn’t cope, because his parent’s couldn’t cope, because his parents didn’t understand their disabled son, because no-one expects a disabled child, because there is stigma against it and a lack of understanding. Access to a peaceful life was rigged against him from the start.

These risk-based care plans are isolating. Imagine being surrounded by people at all times who’s main job is to keep you out of trouble, and who’s attitude ranges from fearful to aggressive towards you. As the carer, you have limited options. You can’t collude with the violence of the individual, but you can’t meaningfully challenge them, because you’re there as a professional.

The Limit To The Care Industry

The care that challenging people currently get reflects the limitations of our conception of disability and violence. This risk-management style of care can be seen as a form of state-mandated violence. It entrenches the sense of difference and tragedy that disabled people are treated with from birth by society.

For someone like Jonty, there was nothing to lose by playing into the role of monster. Isolated from society, and treated as a problem to be contained, he accepted the view of him as a problem, detached from society and lacking any positive connections. He decided the language of violence was all he had left, with devastating consequences for the victim and his family. Bravery will now remain the monster as he is looked after in prison and psychiatric hospital, and treated with the same mixture of ambivalent fear and care as before by carers who are not paid enough to solve this problem.

It is time we stop treating the care crisis as a response to monsters of nature. Autistic children and adults are not mentally-ill tragedies by default. They become tragedies because of a lack of understanding, and a society that others and traumatises both them and their parents. Being autistic isn’t inherently “bad”, but receiving socially isolating “care” which is rooted in stigma only entrenches the social challenges that autistic people already face in a neurotypical world.

There were already endless reports on the care-crisis for mental health and autism before the Tate attack, but the care system cannot reverse this on its own. By continuing to stigmatise disabilities, especially mental health and autism, we are stopping more vulnerable people from developing healthy self-image and positive coping mechanisms.

Is It Finally Time for Societal Solutions Instead?

We could encourage positive risk taking, building social connections and making society more inclusive. We could have a society where children who develop differently have the education they need without being seen as lesser or separate.

Parents of all children could be supported by society and each other, instead of parents often being forced into unpaid and unqualified caring roles, without foster relief or appropriate training.

We could integrate disability into society and away from the expensive and high-risk care-industry, allowing people to live full lives, disabled or non-disabled.

Surely an inclusive society would be better than outsourcing our anxieties and fears to increasingly failing care systems?

Whether we call them it out loud or not, unless we end mental health and disability stigma, we’re only turning more people into monsters.