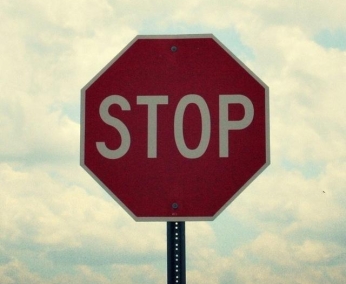 Last week I couldn’t post. Despite being inside almost all of the time, with no pressure to go anywhere or do anything, I had no energy. The world feeling like a crisis zone is taking its toll on all of us. As amazing and surreal as it is to see the world slow down, it’s a scary change and nothing that anyone expected. There’s great advice being shared about how to stay sane through this: limit your social media, keep your routines going, make extra time for care and connection.

But cosy self-care isn’t the only news being shared. People are scared, and the virus is having an impact. The silver lining of your newly peaceful street doesn’t erase the monstrous cloud of this dangerously new illness.

Increasingly, there are concerns about the police powers, suspicious vaccine development, and connections to 5G internet. For people who trust in their governments and scientists, these concerns appear paranoid at best, and horrifyingly irresponsible at worst.

If you trust in science, the virus makes total sense. It’s terrifying but simple. A micro-organism from bats and pangolins first spreads to humans through a live-animal street market, and from there is highly contagious and spreads the globe to over 170 countries and over a million confirmed cases. For an illness caused by a microscopic and highly contagious virus, the logical response is to limit human-to-human interactions and reduce transmissions. If you don’t trust that logic, then the same guidance becomes a cruel conspiracy to separate and control the population.

For many people, the main news about China before this was the Hong Kong protests and Huawei’s 5G internet bid. Both reinforced the idea of a shadowy Chinese state. Not only this, but for people suffering with paranoia, fears of brainwaves and radiation long have been prominent idea, even in the early days of psychiatry.

The links to 5G in the form of conspiracy theories was almost inevitable. Of course, not everyone who fears radiation is certifiably paranoid. There are legitimate reasons to fear, or at least feel nervous about, radiation. It’s invisible, highly technical and mysterious. Some forms cause cancer, and nuclear-waste radiation is both powerful and dangerous. 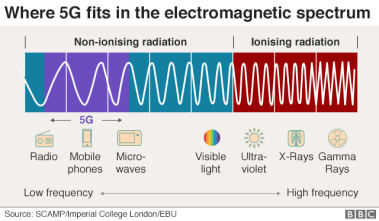 5G internet, the latest generation of mobile-enabled internet, is not something the average person should expect to understand. People use 3G and 4G every day without understanding it,  this is just a continuation of the pattern. Each time, we’re naturally distrustful of any new technology. It goes on like this through time; when humans first invented the wheel, perhaps it too was mistrusted.

However, I feel there’s something deeper than the general rejection of technology that places 5G and other tech at the center of our conspiracy theories. Compared to the past, our innovations are different and even more oblique. A factory machine creating Victorian trinkets is scary and new, and desperately efficient, but if you take it apart you can see how it works.

When computers first came about, the machine was big enough that you could see how it worked. They worked as a substitute for human mathematicians. But as they get smaller and smaller, and more integrated into our everyday items, the less we understand them. We couldn’t learn anything from taking apart our phones now, not only because they are so complex, but they are so tightly designed you can’t even open them up. Seeing what’s “under the hood” is no longer even an option for us, and that’s concerning. Companies like Apple are smooth and reassuring when they say there’s nothing for you to worry about on the inside of their machines, and insist that all repairs go through them at premium prices when their machines inevitably become obsolete. This isn’t to do with you, the company tells you serenely, whilst you become ever more dependent on their mysterious futuristic devices. 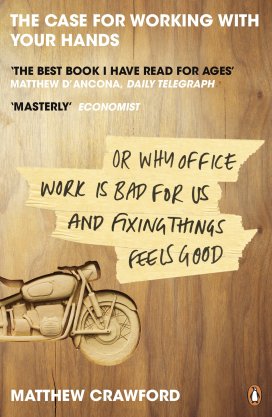 In the plainly-titled book “The Case for Working With Your Hands” the author explores a computer-integrated car. Unlike 30 years ago, when you could fix the car yourself, the latest generations require you to act “as if you had no hands”. Even if you could fix the mechanical problem, the IT system is designed that the car can only be re-set by their systems and staff.

The problem is not that the tech is futuristic and impenetrable. We expect to be confused, astounded and amazed by the latest gadgetry. We marvel at living in a futuristic world where you can press a button to order toilet paper from your bathroom, and we delight at the convenience of our robot devices unthinkable by previous generations. Especially now, no-one is ungrateful for the mysterious mechanisms of the internet for enabling people to stay connected, even when they are apart.

No, the problem is dis-empowerment. We like to have our hands. We’re intelligent tactile mammals, and it only takes watching a baby to see that we instinctively discover the world through our physical senses. Yes we have amazing socially complex brains, but most of us still only accept that the plate is too hot once we’ve already touched it. We have have to see (or feel!) to believe.

What coronavirus and 5G have in common is that they can’t be seen, and so for some people, they can’t be believed. Whilst others of us can believe the doctors who have seen the cases, or the scientists who develop the technology or the analysts who can produce the data, not everyone can stretch that far.

We’re living in a time of innumerable invisible concepts, growing at enormous pace. Even the concept of time was made up. As a species, we’ve acquired miraculous technical knowledge. We can provide clean water, cure diseases, connect across continents, travel faster than any living animal. But only as a species. As individuals, we inherited a confusing and complicated world. If all technology disappeared, and humanities only goal was to create the Iphone, what would happen?

Society is complicated and full of invisible things. It’s not just coronavirus and 5G, but all other popular conspiracy theories. Flat earth, vaccines. GMO’s, chemtrails, aliens, dinosaurs, global warming and pollution. Everything that you can’t tangibly see and sense.

If you can believe other people, there’s nothing to fear. But if you find you can’t trust them, you’re in for a bad time. People who don’t trust science are quickly written off as uneducated hacks, but doing this only entrenches their mistrust. It makes total sense to question the system.

No dystopian story is complete without it; there has to be someone who questions the otherwise “perfect” system. A person born middle-class in a capitalist developed country appears to live a charmed life, but they didn’t build it, and it can terrify them.

I can’t hate or even pity people who distrust the world we live in. This lifestyle took our species thousands of years to acquire. Not everyone can be a specialist, and not everyone can even trust the specialists.  The human brain, who when faced with an impossible amount of information, turns skeptic as a defense. No matter how much you trust facts, figures and companies; the skeptic has reached the limit of their beliefs. Well-intentioned preaching won’t reach them.

The skeptic will refuse to listen to you but is desperate to be seen. They are understandably anxious. They are mistrusting of a world we’re not designed to cope with. Yes, they are a risk to others, but they are already in danger themselves, spinning out from the norms of their wider society. By trying to make the world smaller, it’s an effort to make it make sense again, to a place where you can trust your senses and instincts instead of abstract distant information. That’s not an awful or harmful desire, it’s a natural response to an unnatural world.

If we can understand and trust the science, maybe now’s time to start understanding the person instead.
Yes, it’s hard to build trust. You can’t force it. It’s not an exact science. It takes time, patience, and kindness. Trust requires empathy and healthy boundaries. Trust is the opposite of our split-second hyper-consumption media age. Aggressive take-downs of people who are doing their best to understand and think freely about an over-complicated world only degrades our trust even faster.

For now, we need to realise that some people aren’t even in the same book, let alone on the same page.

Thanks for reading! I hope you enjoyed this piece about the importance of empathy in the face of fear and conspiracy, the biggest danger is other human beings. If you liked this post, please share and consider leaving a like or a comment to let me know. If you’d like to hear more from me, please click the links in the sidebar or below to follow or subscribe.