The internet has had a reputation as a cesspit for years. People are braver and more aggressive online to the point where “the comment section” is a by-word for a snake pit of vicious, circular and vindictive arguments. 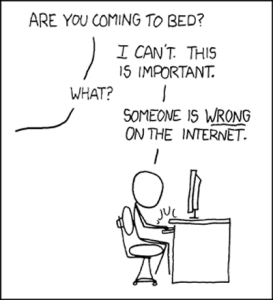 It shouldn’t be a surprise that it’s only after this new online frontier that the phrase “social justice warrior” became an epithet thrown at those who ask for niceness and respect as punishment for exuding an unplaceable air of toxic “righteousness”.

I’d been exposed to a language to articulate the vague discomfort I had about race, and about gender, and about equality for the first time, as well as being newly independent, with an unstructured schedule of endless free-time, surrounded by like-minded people. Simultaneously, I would be routinely exposed to new depths of opposition through the Outrage Machine of the internet.

Ignorant and infuriating articles and human rights abuses, miscarriages of justice and inequality, all these stories flew by my eyes every day as I tried to become more informed, more compassionate, stay on top of all the issues and use all the right language.

I tried desperately to learn how to not tread on anyone’s toes, no matter how trivial it might seem to me, repeating the mantra “if you are neutral on situations of injustice, you have chosen the side of the oppressor” like a prayer, or a curse.

I had an opinion about everything, because I felt I had to.

If I learned about “bunself” pronouns, I had to find out why they were important, if they were hurting any marginalised groups, and then decide if I was For or Against. The list was never ending, I collected the bigotries I learned about like an obsessive.

When I started this blog, I tried to summarise them, and couldn’t, ending up with a complicated 20 point list and dozens of exceptions and intersectional combinations. For feminism alone there were sub-sets like misogynoir (the misogyny shaped by racism against black women) and trans-misogyny (the misogyny experienced by trans women).

I upset the Feminist society by trying to position myself against both normative gender roles and for trans rights, leading to a awkward rift between me and our “allies” in the LGBT society. I excluded a socially awkward man who kept offending people from our club in the name of being inclusive and protecting safe spaces. I sympathised in 2015 when a smear campaign was launched against a student union president for reverse-racism; a huge deal at the time, now lost in the torrent of fresh racism scandals in student unions since then.

And I don’t regret those choices. I was younger, and doing my best, in a high-pressured situation of my own choosing. No one in my life was talking about the issues in the same fresh bold way as online was. Nowhere else provided the clarity and hope that social justice was promising me, if I could just read enough think-pieces about gender expression. 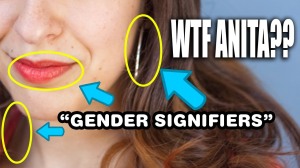 It felt like the answers were all out there, tantalisingly out of my grasp.

I sank hours into what I viewed as “independent field research”, arguing with strangers who detested every fibre of my online being, every descriptor a rabid offence to their strongly held views.

Their hostility was matched by mine, even as I tried clever, gentle, measured responses, as my surprise weapon of attack, my motivation was to win. Win their approval? Unlikely. Winning in my conscience  was the only path I saw. Trials by fire, could I hold out my views against spewing angry dissidents?

The answer was usually yes, but at what cost? I spent hours and days on arguments that went nowhere, pulled back in for months on end, like a moth to a noxious flame. 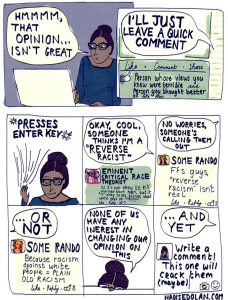 I wrote this out because I’ve started to feel the same way again, when I thought I was over it. I thought I was mature now, but apparently that side of me is still there. This time, it was triggered by the same scenario…being exposed to people who violently hate a value that I hold dear.

Then, it was feminism, pre “Me Too”, when it felt like a dirtier word than it feels now. Now, it’s eugenics, which I thought was on the fringe, until I realised it isn’t, and now I see it everywhere, like the matrix, like the patriarchy, like capitalism, like racism.

Specifically, if you’re curious, it’s the ableism of eugenics that’s caught my eye in a new way, and re-lit my burning desire to be right, and be heard.

But I’m not blogging about that today, nor am I arguing with anyone elsewhere online.

This time, I know my values aren’t won or lost through defending them to other people, and to sink time into hateful spiteful fighting won’t help me.

This time, I have enough self-respect to try to walk away, and process my (truly visceral) shock, horror, disgust, grief and outrage in relative privacy.

I’m respecting my emotional boundary, and recognising that other people, especially those who I disagree with, are not going to heal my politicalised wounds out of kindness on the internet. Healing comes from self-care, from people who support you, from love and gentleness.

Being right on its own isn’t worth anything, especially if you use it to hurt yourself against people who have their own problems and reasons to see you as a threat. Going back to them to win the fight is like scalding and pushing your hands into the glass of a burning building – you’re not going to make a difference and you’re only going to get hurt.

This time, I’m walking away to reflect, and to self-preserve. It’s not a battle I need to fight with anyone else, it’s a battle I need to have with myself and my worldview, to accept that people feel this is okay. It doesn’t come from a place of intentional judgement, but from a genuine emotional shock. 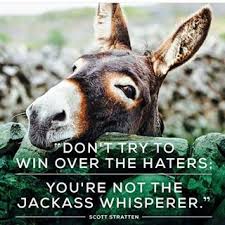 We all have different backgrounds and different perspectives, and accepting that our viewpoint might be more marginal than we realised does hurt.

In time, I hope I can accept it, in order to have control of my emotions and protect myself when I need to.

If I want to make any difference at all, I have find out if I’m able to be present in this debate. I hope I can, but I’m not forcing myself to.

This time I’m going one step at a time, continuing to breathe, instead of being suddenly submerged in the comment hellscape.